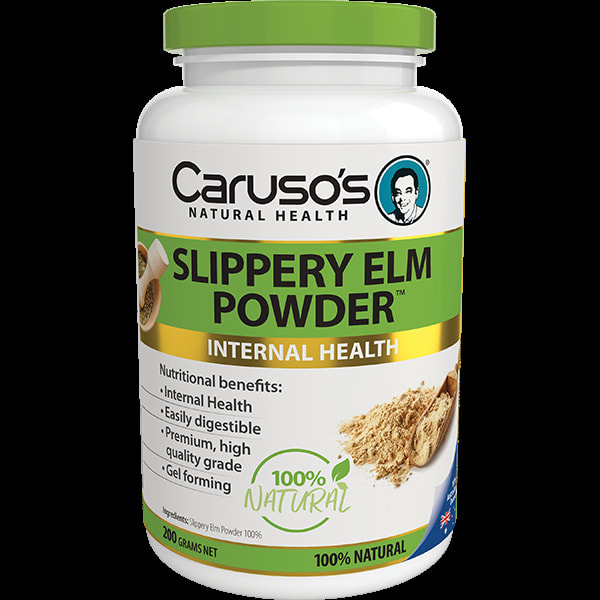 Caruso’s Slippery Elm Powder is an edible food with soothing and barrier properties for your digestive tract.

Slippery Elm powder comes from the "Red Elm" tree which is found in North America. It was called Slippery Elm for its gelatinous inner bark as, on contact with water, it becomes mucilaginous or gel-like in texture which accounts for the majority of its properties. It has "demulcent" actions on all mucous membranes meaning that it has a soothing effect. Native Americans traditionally used Slippery Elm as part of their Traditional Healing methods for centuries both orally and topically.

When ingested, the mucilage gel coats the mouth, esophagus, and gastrointestinal tract with a slick residue which helps to act as a barrier.

Why use Caruso's Slippery Elm Powder?

Caruso's Slippery Elm Powder contains a gel forming fibre called mucilage, which act as a lubricant throughout your stomach, small and large bowels. This acts as a barrier and has a soothing effect on your entire digestive system and benefiting overall internal health.